Future Water. Evolution and Revolution of the Water Service

Over half a billion euros for the next five years. Gruppo Cap, the 100% publicly-funded company managing the integrated water service in the Metropolitan City of Milan and currently one of Italy’s leading mono-utilities, announced its Green Deal. An ambitious investment plan in infrastructure, research, the circular economy and industrial symbiosis focusing on making water the flywheel for local, social and economic recovery. Chairman Alessandro Russo, having managed the group since 2014 and just reappointed for another three-year period, tells Renewable Matter his #Waterevolution. 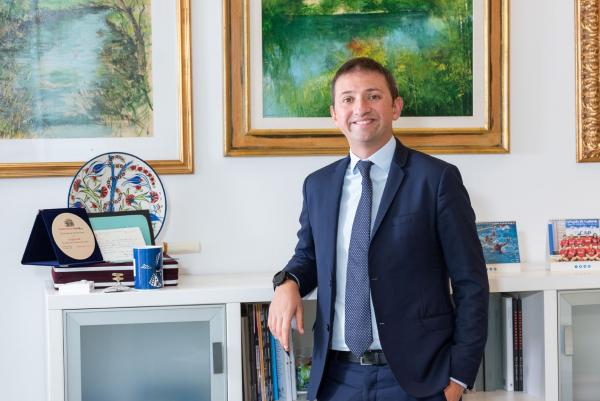 Alessandro Russo, what has been achieved over the first six years?
“The Group has been dramatically transformed in its relation with citizens, mayors and shareholders. Over the last years we tried to turn the water business, as traditionally intended, into an all-around array of services. Our task is not only to provide citizens’ homes with drinking water. Managing a resource that is primary and essential to life means interconnecting a whole area in view of sustainability. It means dealing with a host of aspects, ranging from energy supply to managing emergencies such as flooding, including communication and information to citizens. An all-around approach focusing citizens’ interests on water. Even from the balance sheet point of view, we decided to concentrate on the interconnection of water with other spheres while tackling investment quality.”

Gruppo Cap has just approved a plan of over €500 million for the next five years. You announced it as the Green Deal of the Metropolitan City of Milan. Could you describe its main features?
“First, improvement of the quality of service, smart and efficient management of infrastructure to avoid waste and water leaks. Then we are seriously approaching sectors alongside the water service, such as waste recovery. Here we are working to use part of our plants to produce energy from renewable sources, such as biomethane from OFMSW (organic fraction of municipal solid waste). Moreover, we are faced with the issue of energy upgrading of our buildings, envisaging substantial investments in photovoltaic and other solutions to reduce consumption while producing part of the energy we need.
Actually, with this investment plan we are reflecting the guidelines drawn up in the EC Green Deal, integrating them with strategies that we have already developed over the last years. The building of our new LEED-certified Group headquarters is a case in point. The ultimate goal is to help the economic recovery of the Milan area, particularly hit by the Covid emergency. But we want to go beyond Keyne’s concept of digging holes in the ground and then fill them up just to create business. The idea behind it is to dig useful holes generating positive effects for citizens and the local area.” 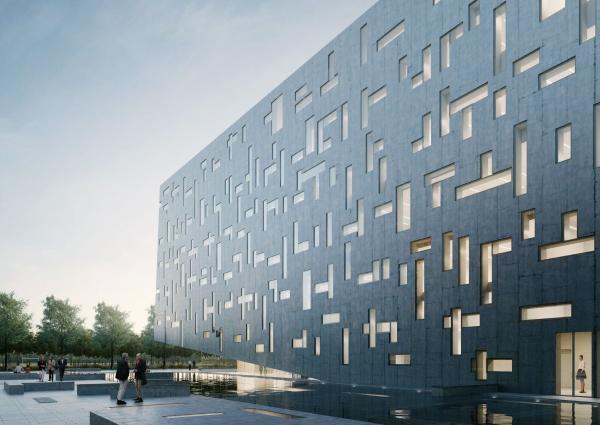 This Green Deal also includes a considerable investment – €34 million – for plants devoted to the circular economy. Could you expand on that?
“First of all, I would like to point out that we tried to go beyond the classic circular approach offered by water management. The bottom line is to take water from the ground and return it there, at the end of the cycle, treated. This could have been enough, but we also analysed the whole supply chain of our “product” to grasp where value could be created within a circular economy. Our idea of circularity is not, to put it with an image, the single circle, but a series of circles that together form a ring. The main area of interest we have spotted is the generation of energy from waste materials, specifically from sewage sludge, which we produce in huge quantities. While up to 4 or 5 years ago it was all landfilled, today it is no longer treated as waste but as value-added material. We will soon be able to reach a zero waste integrated cycle.”

Here the Sesto San Giovanni Bio-platform comes into play, a great plan of industrial symbiosis…
“This is the most evolved plan which we started to study in 2017: it will be a huge integrated plant managing water and waste, treating sewerage sludge and the wet fraction of Municipalities.
At this moment in time Sesto San Giovanni features two plants: one of our treatment plants and a waste-to-energy plant, separated by just a fence. The aim is to turn the site into one big hub. Next spring, as soon as the authorization process is completed, we will knock down the waste-to-energy plant and a new one will be built that will be able to treat sewerage sludge and produce energy. While from incineration ash, instead, nitrogen will be produced, which today is not recoverable because too diluted in the sludge. In addition, there will be a new treatment line for the wet fraction, using the same treatment plant to filter waste, after the anaerobic digestion process produces biomethane.
In our sector, this will be Italy’s first experiment of industrial symbiosis, inspired by other ones already operational in Northern European countries such as Austria, Germany and Scandinavia. We will create value for all stakeholders, starting from the municipalities of the Milan metropolitan area, that will be encouraged to produce organic fraction instead of mixed waste. It will represent an advantage for citizens as well, because the area will be upgraded and a modern waste-to-energy plant will be built, thus dramatically reducing polluting fumes and CO2 emissions (over 90%). It will also represent an advantage for Cap, because it will be able to come full circle within its supply with an in-house sewage sludge treatment facility.”

Why is it important to value water culture?
“While essential to life and therefore invaluable, in an Italian context where its economic value is poor, it is not easy to send out the message that water is far more valuable than what it is paid for. So, it is through culture, rather than through economy, that water value can be created.”

Your catchphrase is #Waterevolution. What does it mean?
“It’s a pun including both concepts of revolution and evolution. “Revolution”, as I have already explained, means questioning the classical practices of water management, through innovative forms of circular economy and a new relation with citizens. And evolution lies precisely in revolution. My reappointment as CAP Chairman will not be characterised by continuity, but by evolution, along the sustainability pathway where every year a new achievement is marked on the way to revolution.”