Contaminated Earth. FAO: no more pristine soil on the planet

Food security, water, monitoring the greenhouse gas cycle, maintaining biodiversity: all these ecosystem services depend on the health of the soil. And yet, there is no land on the planet today that is not contaminated by some potentially polluting agent. We spoke about this with Natalia Rodríguez Eugenio, a consultant for the FAO’s Global Soil Partnership and author of the report Soil Pollution: A Hidden Reality, published in 2018 for the Global Symposium on Soil Pollution. 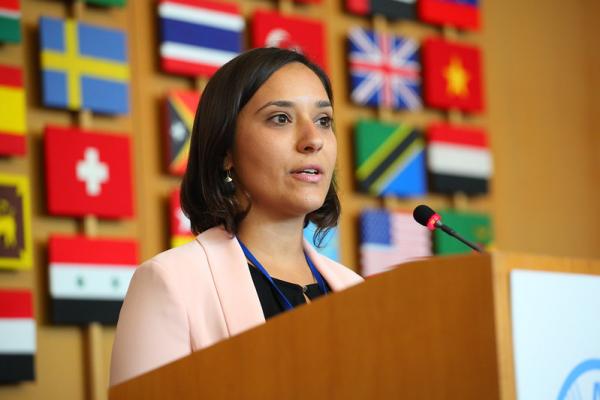 What’s the difference between soil pollution and contamination?
Soil pollution refers to the presence in the soil of contaminants whose nature, location, or quantity produces undesirable effects in the environment or human health. We understand for contaminant any substance, compound or chemical element which is alien to the environment into which it has been introduced or, if endemic, is in such concentrations as to cause harm.
Contamination refers to the presence of contaminant(s) in the soil, while pollution refers to the harmful effect caused by these contaminants. Therefore, a contaminated soil would not require an intervention to remove the contaminants but monitoring to ensure that no negative effects occur, while a polluted soil would urgently need remediation or management actions to ensure that negative effects are controlled, reduced and/or eliminated.

Which are the main pollutants in soil and their sources?
The amount of synthetic chemicals in the environment today is staggering. In 2017, approximately 2.3 billion tonnes of chemicals were produced globally – double the amount produced in 2000. But not only synthetic chemicals pose a risk to the environment and human health but also naturally occurring elements and compounds such as lead, mercury, arsenic, cadmium, other earth rare elements, asbestos, and natural radionuclides such as radon.
The sources are varied and range from industrial activities, as diverse as energy production to the dyeing of our clothes, to mining, agriculture, transport or everyday activities we carry out in our homes, such as using insecticide or washing clothes.

We rarely think about war as a source: how could it contaminate the soil?
As the ITPS (Intergovernmental Technical Panel on Soils) indicated in the Status of the World’s Soil Resources Report, modern warfare uses non-degradable weapons of destruction and chemicals that can remain in the affected soils for centuries after the end of the conflict. The impact of armed conflict ranges from accidental or intentional oil spills, the release of trace elements from bullets and personal landmines with their aging, to the dispersal of large quantities of salts and pesticides in agricultural areas to reduce the enemy’s ability to produce food. But the contamination is not only in wartime. The nuclear bomb tests, for example, have left a significant legacy of soil affected by radioactivity, mainly on small Pacific islands. And military training areas or shooting range are other examples of contaminated territories.

Which is the pesticides’ incidence as soil contaminants?
Since the first half of the 20th century, the pesticide industry has developed more than 800 active ingredients, that are currently commercialized in the global market. The rate of pesticide use continues to grow on all continents, with a wide disparity between them, ranging from around an increase of 8% in Europe to 84% and 104% in Oceania and South America respectively between 2000 to 2017.
Despite FAOSTAT keeps an inventory of the number of pesticides use by countries and crops, the amount of these pesticides accumulated in soils is uncertain. Many studies have demonstrated that many of these organic pesticides are persistent in the environment, some of them already banned and included in the Stockholm Convention on Persistent Organic Pollutants, while for others, the available evidence is not yet enough to understand their fate and impact.

Which are the emerging pollutants?
Emerging contaminants are synthetic or naturally occurring chemicals that are not commonly monitored in the environment, for which no regulatory guidance values are available, but which have the potential to enter the environment and cause known or suspected adverse ecological and/or human health effects. Emerging environmental substances are not necessarily new chemicals. They are substances that have often long been present in the environment but whose presence and significance are only now being elucidated, as new detection methods have only recently been developed. For example, around 970 ECs have been detected during the last 10 years by the NORMAN Network group.
There are many sources of ECs including point (urban, industrial) or diffuse (agriculture) sources. They can be categorized into 20 classes related to their origin, for example flame retardants, pharmaceuticals, and personal care products, gasoline additives, biocides, polar pesticides and various proven or suspected endocrine disrupting compounds.

What about microplastics?
Plastics have been widely investigated in water ecosystems but not in soils or terrestrial ecosystems. The problem is that you can easily separate plastics from water, but you can’t do that with soil and the technologies we have so far are not precise enough. However, there is growing evidence that plastics are present in soils, affect the normal functioning of terrestrial ecosystems, and enter the food chain. One third of the plastic produced globally ends up in our soils. It has been estimated that the amount of plastics in terrestrial ecosystems is 4 to 32 times higher than in oceans. Plant growth is inhibited at high concentrations of plastic in soil, and the accumulated plastic residues may affect soil moisture, nutrient transport, microbial activity and secondary salinization, as well as contribute to the retention of contaminants in the soil, such as pesticides.
Microplastics become part of the soil structure, binding to soil particles and soil organic matter. When wind or water erosion occurs, those particles can be transported to remote areas and even reach water bodies and oceans. Microplastics are also ingested by micro- and mesofauna, such as earthworms, mites, collembola, or enchytraeids, and thus accumulate in the soil detrital food web, with the potential of bioaccumulation and biomagnification, when birds feed on them.

How do all these pollutants affect the ecosystem services provided by soil?
The way some contaminants interact with the soil matrix and the organisms living in it has been widely studied, while for other contaminants, mainly organic and emerging contaminants, such as micro- and nano-plastics, we still do not fully understand the interactions and the degradation and retention processes involved. Furthermore, most of these studies have been conducted at laboratory or small-scale in the field, while very little information exists on the impact of soil pollution at larger scales. Thus, accounting for the impacts of soil pollution on ecosystem services remains complicated. However, there is sufficient evidence of the impact on healthy food production, on the provision of clean water, on the control of nutrient and greenhouse gas cycles, as well as on life support and the maintenance of biodiversity. We don’t know to what extent, though.

How does soil pollution directly affect human health?
The World Health Organization has identified ten chemicals or groups of chemicals of major public health concern under the WHO’s International Programme on Chemical Safety. These include soil contaminants such as Cd, Pb and Hg, dioxin and dioxin-like substances and highly hazardous pesticides (HHP), whose residues are transferred from polluted soils to food and water bodies. Pathogens present in soil may also contaminate food, posing risks to human health.
All of them have chronic effects due to long-term exposure, and children, pregnant women and malnourished people are particularly vulnerable to contaminant exposure. According to WHO, more than 200 diseases – ranging from diarrhea to cancers – are related to contaminated food intake.
Soil pollution reduces food security by both reducing crop yields due to toxic levels of contaminants and by causing crops produced from polluted soils to be unsafe for consumption by animals and humans. Many contaminants (including major nutrients such as nitrogen and phosphorus) are transported from the soil to surface waters and ground water, causing great environmental harm through eutrophication and direct human health issues due to polluted drinking water.

One of the main problems facing the soil pollution issue is the lack of data: could we estimate how much soil is affected by pollution in the world?
Pollution concerns started in the 1970s, but there are still many knowledge gaps in the fate, persistence, interactions and risks of soil contaminants. We are trying to do this exercise, as part of the preparation of the Global Assessment of Soil Pollution report to be presented to the United Nations Environment Assembly in 2021, but my response so far is that, although we can make some estimates, they are probably a long way from the real scale of the problem.
There are thousands of scientific papers and official reports, but the protocols for measuring soil contaminants are not harmonized around the world, making it virtually impossible to compare the available data. Also, for some contaminants, analytical technologies are not available or are at a very early stage of development. Very few countries maintain inventories of polluted sites, and those that do are limited to sites affected by industrial activities, while there is virtually no information available on diffuse pollution. What does seem clear, considering the movement of contaminants in environmental compartments, is that there are practically no soils left on the planet that are completely free of some type of contamination: contaminants have been detected even in the Arctic or in the middle of the Amazon.

What kind of remediation systems do we know and practice?
There are many technologies that range from the most commonly used ‘dig-and-dump’ to novel nature-based remediation techniques such as the combination of bacteria and earthworms, some type of fungi and hyperaccumulator plants, that can remove the contaminants from the soil and then can be used by industry to produce biofuel, adopting a circular economy approach.
Remediation techniques can be broadly clustered on in-situ remediation and off-site remediation. The technology used in each case will depend on the type and concentration of contaminants, soil properties, potential movement of contaminants to the ground or surficial water and population affected. The problem is that sometimes the extent of contaminated areas is so big that the remediation is not feasible because of the costs. In those cases, an adaptation approach is better, for example changing the land use from agriculture to recreation activities or agroforestry.

What about politics? Are we adopting resolutions, both at an international and national levels?
Many countries have legal instruments related in some way to the prevention and, above all, to the remediation of polluted soil. We also have legal instruments at a regional level, in this case in the European Union such as the Waste Directive, the Industrial Emissions Prevention and Control Directive among others, and at an international level, such as the Basel, Rotterdam, Stockholm and Minamata chemical conventions.
However, all these instruments focus on small pieces of a much larger and more complex puzzle, which needs a holistic response to be addressed efficiently. I do not want to say that all the existing legislation and policies have not been effective in some way, but if we really want to tackle the problem of soil pollution, and above all prevent further pollution, we need all the actors involved to sit down at the same table to discuss integrated solutions. We know that this is difficult, but not impossible.
In Europe, we were about to adopt a Soil Protection Directive. However, the discussions failed. We think that an international convention or treaty for the protection of soil, not only from soil contamination but also from any form of degradation, is needed if we are to achieve the Sustainable Agenda of 2030. Because, without healthy soils, more than half of the SDGs will not be achieved.