War and the wheat crisis: what are the effects in Europe and the world? 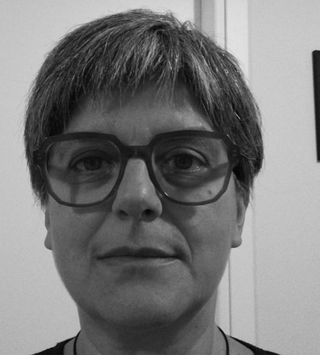 The last global food crisis dates back to 2007-2008. At that time, a series of concomitant causes – from the increase in oil prices, to the reduction of areas cultivated for food purposes in favor of those cultivated to produce biofuels, to forecasts of increased demand from China and India – provoked a general reduction in food stocks and a long multi-sector crisis that extended its effects to the Arab Spring of 2010-11.
But according to Maurizio Martina, FAO deputy director general, the lesson has paid off. “The soaring food prices in 2007-2008,” he explained to Renewable Energy, “led the major producing countries to limit exports to manage domestic supply problems. Alarmed by the uncontrolled increases, other countries increased food imports, causing a rise in demand and pushing prices up further. Mindful of that crisis, governments worked to keep the food trade flowing during the pandemic, despite the shutdowns and the difficulty of movement for both goods and labor.”
Today, moreover, stocks are in better shape than expected because the last grain season was abundant. Russian and Ukrainian grains, in addition, are crucial only if you look at the situation with a closed eye: they represent about a third of the global grain market, but 75% of the grain produced in the world does not reach the global market. So we are talking about 30% of a quarter of the wheat produced in the world, or, in absolute terms, about 8% (data from ARI, Italian Rural Association).

However, countries whose food security is strictly dependent on Russian-Ukrainian imports are right to be concerned. These do not include European countries, nor the USA, nor Canada, but “for example Egypt,” explains Ekart Woertz, director of the Middle East section at the GIGA (German Institute for Global and Area Studies), “which imports about 60% of its grain requirements and will have to quickly find other suppliers. Grain from Russia and Ukraine is cheaper because it is of lower quality, so impoverished countries are falling back on this option. In addition, these two countries are also major exporters of barley, essential in animal feed. Therefore the conflict, especially in the poorest countries, could also have repercussions on meat prices and on the availability of food for livestock. Countries like Yemen, where there is a war that started in 2015, or Algeria and Tunisia, have serious reasons for concern.”
Martina confirms this: “Russia and Ukraine guarantee 19% of world barley production, 14% of wheat production and 4% of corn production. They are also the main suppliers of rapeseed and cover 52% of the world's sunflower oil export market. Supply chain disruption in the grain and oilseed production chain and export restrictions will put food security at risk, especially for the 50 or so countries that depend on Russia and Ukraine for more than 30% of their grain supply. In many cases, these are developing or low-income countries in North Africa, Asia and the Near East.”

If the danger for Europe is so unlikely, why the alarm and the increase in prices? “The prices are increasing,” answers Monica di Sisto, vice-president of Fairwatch, an Italian NGO that deals with fair trade economics, “because commodities such as cereals do not follow the real availability, but the stock market quotations, like oil, gas, aluminium. If the market gets restless, it is possible to exploit it. The alarm in Europe, on the other hand, is spreading because those who in 2020 had to put on a good face for the Green New Deal, can now weaken it, undermining the Farm to Fork and Biodiversity strategies. They tried (partly succeeding) with the CAP (Common Agricultural Policy); with the NRRPs further corrections were introduced; now, in the wake of the alleged food emergency, they are trying again to weaken those guidelines”.

Biodiversity as the only defense against famine

From Russia and Ukraine, however, also arrive synthetic fertilizers, which are indeed essential for areas, including all of Europe, which have hyper-industrialized their agriculture. If fertilizers become scarce and therefore expensive, not imports, but domestically produced food can increase in price. What do we do? Do we rethink, as per the Green Deal, the way we treat our soils – even in the face of the 30-35% of food that regularly ends up in landfills? Or do we publicly pretend outrage, demanding over and over, more productivity?
They chose to insist on the mistake instead, as Salvatore Ceccarelli points out, as someone who has been involved for decades in a research tandem with Stefania Grando, in the diffusion, cultivation and transformation of evolutionary populations of wheat that are proving their value not only in the Middle East and sub-Saharan Africa, but also in Italy.
“The crisis we are now fearing because of Putin,” he explains, “could have come about in other ways: a drought, a season that was too cold in the producing areas. The problem is the frenzied race for uniformity in agriculture, which over time has erased the only real defense against famine: biodiversity. In a world that is changing so rapidly, including climate change, how can we react by insisting on uniformity? We need to go back to thinking about seeds managed by farmers, because seed companies do not protect biodiversity. In Italy we have cancelled the cultivation of millet, sorghum, we don't even produce all the wheat we need. We buy it where it costs less without asking ourselves why it costs less, what happens to a perishable foodstuff like wheat when it travels for so long. In those areas where coherent projects have been launched, farmers are properly remunerated and consumers do not spend an unreasonable amount of money. But agricultural policies have never favored the production and diffusion of quality food.”