The unsustainable prevalence of plexiglass

Strict social distancing requirements and the need for physical barriers have led to an exponential increase in the use of plexiglass over the last few months. This fossil-based material is so widely used because of undeniable, tried and tested physical and mechanical properties. But is its use on such a massive scale sustainable on a long-term basis? Are there eco-friendly alternatives?

Suddenly, we are surrounded by plexiglass. In the Spring of 2020 - concurrently with the spread of Covid-19 and the measures to contain it - shops, pharmacies, and other retailers quickly started installing anti-sneeze screens to protect workers and customers. Today, as businesses and offices try to reopen their doors in this new, socially distant world, transparent partitions are as omnipresent as hand sanitisers and disinfectants. Over the last few months, plexiglass has become the most readily deployed solution in adhering to the new safety requirements. It is used as a barrier between desks and workstations, between tables in restaurants, between sinks in public toilets. We find it in beauty salons and cinemas, and the material is also used to protect the faces of healthcare workers. While its use, for the moment, has still been averted in outdoor spaces - despite the many prototypes that appeared in recent months - it is important to question the sustainability of this material that seems to have become so indispensable. 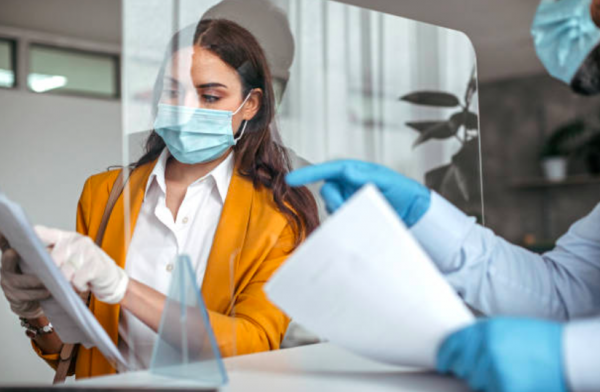 These transparent sheets, commonly known as plexiglass, acrylic, or acrylic glass, are made of Poly(methyl methacrylate), or PMMA, a plastic composed of methyl methacrylate polymers. This rigid thermoplastic is a cheaper alternative to glass, and also has a higher breaking point. The material was invented in the UK in 1928 and registered under the trademark Perspex. PMMA is essential in the medical sector because it is weatherproof and highly resistant to chemical detergents.
German chemist Otto Röhm had also been working on acrylates and methacrylates from the early 1900s and his company registered PMMA in 1933 under the trademark Plexiglas®. For this reason, in Germany, the term ‘plexiglas’ has become the generic term for the material, while in anglophone countries both ‘plexiglass’ (with an extra ‘s’ at the end) and ‘perspex’ are widely used as generic terms.

The environmental impacts of this growing market

Leaving aside registered trademarks and quibbles between the UK and Germany over who invented it first, the market for plexiglass is undoubtedly on the rise. In the UK, Perspex (the company) increased production of acrylic sheets by 300% between February and March 2020. The material’s widespread use in unsurprising considering its many qualities: it is versatile, durable, flexible, light, robust, doesn’t lose colour, and has good optical qualities as well as a low cost. On the other hand, however, acrylic sheets have a significant environmental impact. The production of 1kg of PMMA requires approximately 2kg of oil and releases 5.5kg of CO2 into the ecosystem. In addition to the fossil materials used to produce plexiglass, sunlight hitting the sheets releases carbon dioxide particles into the atmosphere. Because of this, for many years scientists have been highlighting the need to reduce the use of acrylic sheets as much as possible, and to optimise the production process, reducing energy use during processing. Furthermore, although acrylic sheets are theoretically recyclable, the recycling process is not simple, and this has often led to acrylic waste being released into the environment, with significant impacts on flora and fauna.

There are, however, some companies that have patented and sold green alternatives to standard acrylic and plexiglass. These are entirely or partially created using recycled pre- and post-industrial materials. Recycled acrylic is as transparent and UV-resistant as its non-recycled counterparts. It can be recycled and reused multiple times. While traditional PMMA is made from virgin oil-based raw materials, Ecocrylic® and Green Cast® are two types of acrylic made from recycled materials. A variant of Ecocrylic®, for example, is produced by extruding materials from used LCD screens and production waste. 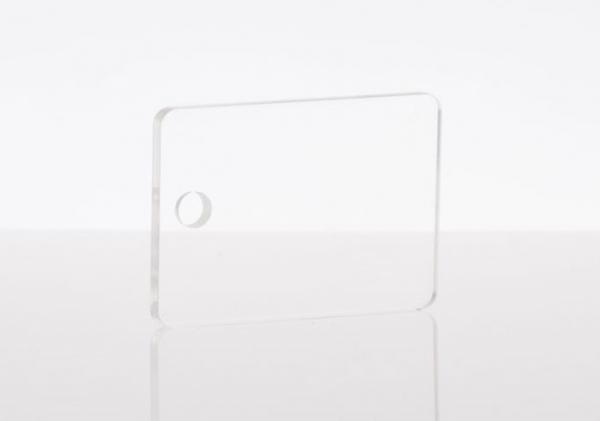 Green Cast®, a material with different flexibility and strength properties, is also produced using recycled materials. This product is the first and only 100% recycled and recyclable cast acrylic, created by Italian company Madreperla Spa - founded in Lombardy in 1959 - in their plant in Cinisello Balsamo.

In addition to greener types of plexiglass, a large amount of research and studies have explored the possibility of producing acrylic glass using natural raw materials with a biotechnological production process that is more attentive to the environment. Unfortunately, the results are yet to be deployed. In the first decade of the 21st century, at the Helmholtz Centre for Environmental Research (UFZ) in Leipzig, Germany, a group of scientists focused their research on an enzyme that they hoped could transform sugar, fatty acids, and other natural substances into the desired materials. Early enthusiasm about the process, however, did not lead to the effective commercial distribution of these materials. 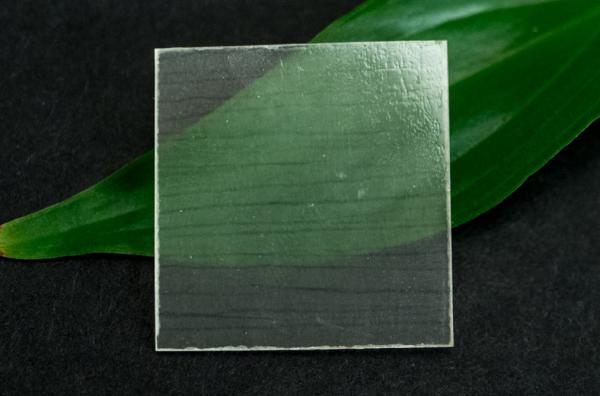 Transparent wood, while still in the research and development stage, has seemed to be one of the most promising innovations in recent years. This innovation, created by removing lignin from wood - which allows light to pass through it - is seen as a key material for the future of construction. For several years now, engineers at the University of Maryland and the KTH Royal Institute in Stockholm have been researching innovations in transparent wood fibres. Transparent wood is, in theory, biodegradable, but researchers are also trying to make it more sustainable. At the moment, the extracted lignin is replaced by an oil-based polymer that restores the wood’s structural properties. Transparent wood has great potential as a substitute for traditional glass windows and is also an ideal candidate for a new generation of solar panels because wood’s natural grain would allow for better light capture. Transparent wood, in combination with nanotechnologies, is the focus of some important projects financed by the European Commission.

Given plexiglass’s undeniable properties, and the fact that truly competitive green alternatives are not yet available, the great challenge for today is to be thoughtful about its use, avoiding unjustified and superfluous applications. The way forward, perhaps, is to try to choose greener options where possible, as well as trying to ensure recycling and embracing circular business models.