The Pros and Cons of Reducing Transport Emissions Using LNG 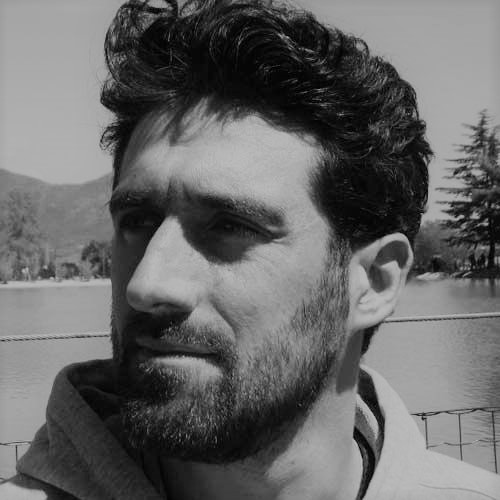 Heavy haul transport has to understand which path to choose. Better to fully push toward electrification, with technology that is not yet mature, or to go through a gas-powered transition phase? We compare some relevant data.

“We are doing everything in our power to keep the promise that we made to Europeans: make Europe the first climate-neutral continent in the world, by 2050.” With these words, on 17th September, European Commission President Ursula von der Leyen commented on the EU’s new plan to reduce greenhouse gas emissions by 55% before 2030 (compared with 1990 levels). This is an undoubtedly ambitious goal, which places Europe in a leading position in terms of decarbonising its economy and society.
Currently – without accounting for the profound crisis we have experienced in 2020, which will have a significant fallout – we know that the transport and energy sectors are among the most responsible for emissions of greenhouse gases, CO2 above all. For example, looking at 2019, we see that global transport emissions increased by less than 0.5% (compared to 1.9% annually since 2000). This happened before the Covid-19 pandemic hit. However, the transport sector was still responsible for 24% of direct CO2 emissions, caused by fuel combustion. Road vehicles – cars, lorries, buses, and two/three-wheeled vehicles – are responsible for almost three-quarters of the transport sector’s CO2 emissions. Shipping and aviation emissions also keep increasing, highlighting the need to implement serious decarbonisation policies throughout the entire sector.

The Future of Natural Gas for Transportation

There has to be a drastic reduction in emissions within the transport sector. To achieve this, we need more rigorous fuel efficiency standards for light and heavy vehicles. Furthermore, it is crucial to find an alternative to fossil fuels, both in terms of environmental and climate impact and in relation to air quality. According to the Natural & bio Gas Vehicle Association (NGVA Europe), “natural gas is a transport fuel, and regardless of whether it powers cars, buses, or lorries, it is the fuel of the future.” The NGO claims that use of this fuel in the heavy haulage sector “can offer CO2 reductions up to 20% (from a Well-to-Wheel – WtW – perspective).” Furthermore, gas made from renewable resources – biogas – could become the most widely available fuel with the best relative emissions performance compared to other fuels. Overall emission reductions would be between 80 and 95% depending on which production method is used. If the production process uses liquid manure, the overall emission reduction is 182%, meaning that the use of biogas provides a net-negative carbon balance.
“Liquefied Natural Gas (LNG) is undoubtedly becoming significantly more prevalent, being the key to methane use in the transportation sector,” Simone Martinelli – Business Development manager for Sustainable Fuels at Scania – explains to Renewable Matter. “In recent years, the trend for the entire heavy LNG vehicle market in Italy has been increasing exponentially, going from a few units sold in 2016 to over one-thousand in 2019.”

The Refuelling Network: A Work in Progress

Refuelling is an essential requirement for long-haul transportation. Therefore, a capillary refuelling network is a key requirement. According to the most recent available data, there are approximately 4,000 LNG lorries, 16,000 CNG (compressed natural gas) buses, and 10,000 CNG cars throughout Europe. A map of natural gas refuelling stations shows there are over 300 for LNG and 3,900 for CNG across the European territory. “Since January, 50 new stations have been added,” NGVA Europe writes. Even in Italy, infrastructure has been growing rapidly. “In 2016, we could only count on 2 refuelling stations, whereas today there are more than 80. There will be more than 100 within a few years,” Martinelli explains. “LNG corridors are expanding across Europe and customers travelling on international routes will have fewer and fewer limitations coming from the lack of refuelling infrastructure.”

“Natural gas is no more than the umpteenth fossil fuel,” counters Veronica Aneris, Director for Italy of Transport and Environment, approached by Renewable Matter. “Our analyses show that the reduction in greenhouse gases, even without taking into account structural losses linked to fuel extraction and transportation, does not justify the enormous investments that would be necessary to construct the required refuelling infrastructure.” Better then to focus legislative and technological efforts on renewable fuels with emissions that are essentially zero, such as hydrogen or, obviously, electricity. “We do not have the time, or – to put it differently – we do not have the carbon budget to allow using natural gas as a bridge toward the decarbonisation of transport like the industry wants us to believe. The available funds should be immediately invested in truly zero-emission solutions. Otherwise, CO2 emission reduction goals will not be met, and an enormous amount of public and private funds will have been wasted.”
In support of these statements, Transport&Environment has published several reports over the years, based on available literature and third-party testing. “Natural gas-powered vehicles and ships – the facts” is a study showing how this fossil fuel, when deployed in the transport sector, does not offer significant climate benefits compared with oil-based fuels. According to the study, greenhouse gas emissions for gas-powered vehicles vary from -12% to +9% depending on the mode of transport. For cars, greenhouse gas reductions are lower, ranging from -7% to +6% compared with diesel. For heavy vehicles, the bracket shrinks to -2% and +5% compared to the best diesel-powered lorries in the category in terms of fuel and engine technology.
Furthermore, even reductions in particulate and nitrogen oxide (NOx) emissions would not be as marked as has been claimed. The new LNG-powered Iveco Stralis NP, for example, achieves reductions of up to 90% for NO2, 99% for particulate, and up to 15% for CO2, according to its manufacturer. If biogas is used, reductions in CO2 emissions are said to reach 95%. This is all in comparison with a Euro VI diesel engine. T&E, however, in a September 2019 report, writes that “tests commissioned by the Dutch government show that LNG-powered lorries cause atmospheric pollution up to 5 times higher than their diesel counterparts.”
The three LNG lorries that were tested emitted 2 to 5 times more NOx compared with the diesel lorry, while in urban areas emissions were 2 to 3.5 times higher for LNG lorries compared with the best-performing diesel alternative tested. Biogas would also lead to the same atmospheric emissions as fossil gas because the two fuels have the same characteristics. Why these incongruities? “We restricted ourselves to examining the results of the most recent independent tests, such as those carried out on LNG lorries by TNO on behalf of the Dutch government,” Aneris explains. “TNO’s tests showed that over a mixed route – urban, regional, and motorway – NOx emission values can be up to 5 times higher than the best performing diesel lorries. HGV producers like Iveco claim that NOx emissions are lower for LNG lorries compared to diesel. However, the results of TNO’s testing clearly contradict this.”

The discussion remains heated and still very much open. However, there is one issue on which even the conflicting parties find themselves in agreement: the push toward the electrification of the heavy haulage sector. Scania, for example, alongside other important manufacturers, is testing and launching new either partially or entirely electric vehicles. “The way emission targets are set – considering only exhaust emissions – and the extent of these requirements clearly show that the Commission is pushing toward electrification. Scania recently launched its first electric vehicle range, a milestone on the path towards leadership in the sustainable transport transition,” Martinelli continues. “A historic step, destined to forever revolutionise the transport sector.” In September 2020, the company launched one fully electric and one plug-in hybrid vehicle. These models could be ideal for night-time and early-morning deliveries, avoiding more trafficked times. The manufacturer claims that off-peak-time deliveries can be 30% faster than those taking place during the day, thanks to the possibility of parking nearer the delivery site, lower traffic levels, higher speeds, and the higher likelihood of traffic lights being green. “However, it is important to highlight the fact that the speed at which change happens and the effectiveness of results in an environmental sense depend on the evolution of the entire ecosystem. Recharging infrastructure and accumulator technology will both need to evolve in order to maintain the efficiency and economic sustainability of travel. At the same time, electricity production has to heavily decrease its carbon footprint if even the mere idea of carbon-neutral travel is to become closer to reality,” Martinelli concludes.
T&E finds itself in agreement. The NGO has always believed in the electrification of heavy haulage, explaining that “in Italy, 81% of goods transported by road cover distances smaller than 200 kilometres, and are therefore already electrifiable. The remaining 19% should be considered in terms of a modal shift, from road to rail, as well as exploring options such as direct electrification, green hydrogen, or electric motorways,” says Aneris. “In the coming months, T&E intends to carry out in-depth studies relating to solutions that have the best cost-benefit ratio for long-haul transport in Italy. In terms of shipping, the solution is electrification over short distances. For mid and long-range transport, we have to explore solutions across the worlds of advanced biofuels and renewable hydrogen and ammonia. Unfortunately, the Italian government does not seem to grasp the importance of biofuels for non-electrifiable transport, such as long-distance shipping and aviation. The limited availability of biofuels does not allow for their use on the road, where electrification is already mature and far more efficient.”

Download and read the Renewable Matter issue #34 about biofuels.

Enough Is Enough: Overpackaging in the Food System

Natural hydrogen: a geological curiosity or the primary energy source for a low-carbon future?

Christa Schweng: the Union is Circular

Carlo Petrini and Franco Fassio: This is The Future of the Circular Economy for Food