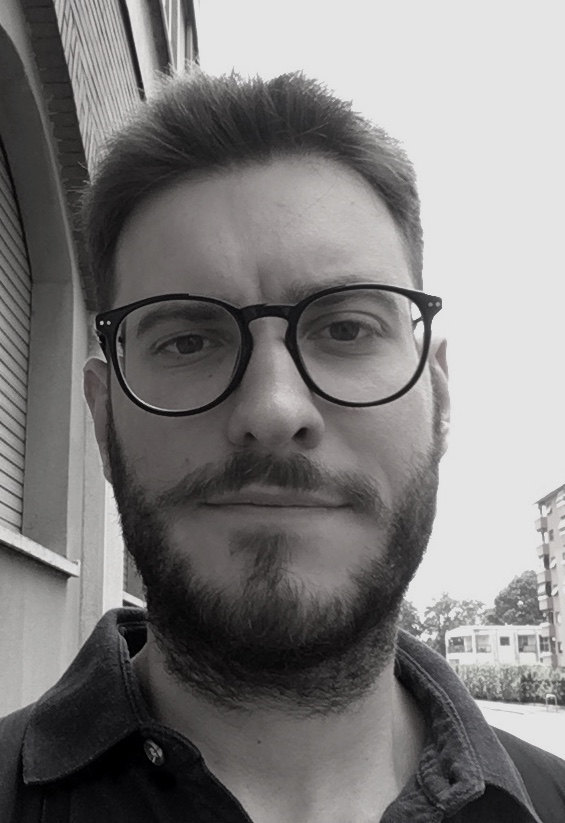 The rail sector is changing and becoming ever greener, by reducing fuel consumption and emissions, introducing new technologies like hydrogen engines, and focusing on the circularity of processes and materials.

Despite the major setbacks caused by the Covid-19 pandemic, the global demand for mobility in the near future is not set to decrease. In fact, the OECD’s ITF Transport Outlook 2019 report predicts that, by 2050, the number of passengers per kilometre will increase to 122 trillion (10¹²), an almost threefold increase compared to 44 trillion in 2015. And non-urban railways will be the means of transport that already “by 2030 should grow more rapidly than the rest”.
This is a positive trend from an environmental standpoint, given that rail is the best-suited means of transport to accompany direct commitments to limiting global warming and the transition to a circular economy. A few statistics are sufficient to explain why this is: according to the International Energy Agency (IEA), the transport sector in its entirety is responsible for more than half of the global demand for oil, and for approximately a quarter of CO2 emissions. Rail services, however, even though they carry 8% of the passengers and 7% of the freight that move across the world each year, are responsible for only 3% of global transport energy use. In 2019, their daily consumption was 280 terawatt-hours of electricity (1.2% of global usage) and less than 600,000 barrels of oil (approximately 0.6%), while direct CO2 emissions amounted to just 0.3% of the total. These aspects make “promoting rail use is a promising strategy” to reach the UN’s Sustainable Development Goals. According to the IEA, “shifting passenger and freight transport activity from more intensive modes such as private cars, trucks and aeroplanes to rail would substantially reduce net energy use and emissions”.

This idea has been endorsed by the EU within the context of the Green Deal project. By 2050, the Commission aims for most of the 75% of goods currently transported via road to be shifted to rail and waterways. Last March, it also proposed to the Council and Parliament to designate 2021 as the European Year of Rail, with the aim to “step up the pace of rail modernisation, which is needed to make it a more popular alternative to less sustainable transport modes”. This modernisation includes renewal of the vehicle fleet to increase energy efficiency, as well as the use of green technologies – especially on not-yet-electrified lines, which in Europe make up on average 46% of the total (according to 2016 EU data). In the last few years, manufacturers and transport companies have already launched projects to create and enter into service a series of trains powered by electric battery, hybrid (diesel + battery), and hydrogen engines.
Arup – a prestigious UK professional services firm specialising in construction – published a report in March 2020 titled Transformative Rail. The report reads that, thanks also to growing awareness of the ecological footprint of different means of transport, “the green credentials of the rail network will become an increasingly important factor in attracting people to swap from cars to mass transit in years to come”. Andrew Went, an executive in Arup’s rail division, adds that in this transition process railways also have another point in their favour, which is the fact that the concept of a circular economy “is not totally new to the rail sector. Take the use of resources as an example. Rail structures are designed for longevity, which means that the selected materials need to be very durable; in many cases, once the assets reach the end of their life cycle, the materials can be recycled and reused” (for example, rails are reused for sidings and areas where trains travel at slow speeds, or concrete sleepers might be cut in half for use on miniature railways). 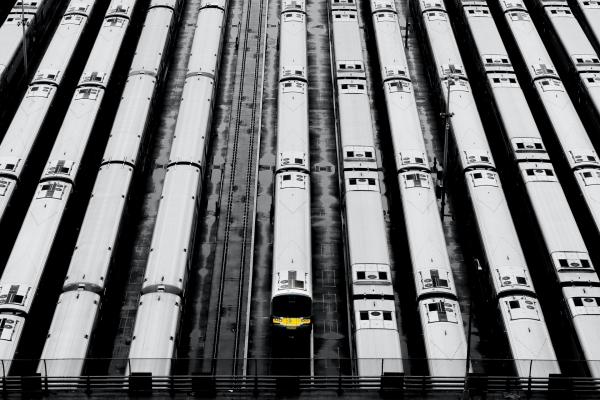 Within the sector of track construction and maintenance, a radically innovative project – originating in Italy in 2012 – put circularity principles at the forefront right from the start. Greenrail, established by Sicilian native Giovanni Maria De Lisi, is founded on the idea of creating rail sleepers made from recycled materials. Marketing these products means undercutting the supremacy of concrete and making track-laying a sustainable practice linked to the production of renewable energy. Greenrail’s sleepers have a concrete core surrounded by a mix of plastic and rubber obtained from the recycling of urban waste and used tyres. The production of 1,670 sleepers, equivalent to one kilometre of track, equates to the recycling of 35 tonnes of materials. In September 2018, the first pilot tract was inaugurated on the railway between Reggio Emilia and Sassuolo. Two other types of sleepers, currently in earlier phases of industrial production, were also installed: Link-Boxes, which incorporates systems for diagnostics, predictive maintenance and telecommunications, and Solar sleepers, which uses solar panels to turn railway tracks into generators. Thus, states De Lisi, “the infrastructure is made use of and has a positive impact even in that 95% of time during which it is not performing its primary function”.

In terms of vehicles running on railway tracks, one of the most interesting solutions for combining energy savings and emission cuts are hydrogen trains. According to Roland Berger, a London-based consultancy, by 2030 these could reach a 20% market share. The world’s first prototype – Coradia iLint – was created by French company Alstom, who in June 2020 signed a five-year agreement with Snam to develop the same technology in Italy. The train was created to be used on non-electrified railway lines, where diesel engines still dominate. The engine’s cells transform hydrogen, stored on the roof, and oxygen from the air into the electricity that is needed for traction. The system is extremely quiet and emits only condensed water and vapour. The first two prototypes entered into use for regional passenger services in Lower Saxony in September 2018. Starting in 2022, 14 trains will replace the current diesel fleet along the same line. In Italy – which has 4,763 km of non-electrified railway lines (with the regions of Sardinia and Valle d’Aosta having no electrified lines) – the agreement between Alstom and Snam will lead to rail mobility projects starting already in 2021. These will involve trains and their maintenance (covered by Alstom) as well as the technological infrastructure needed for the production, transport, and supply of hydrogen, managed by Snam.

Even rail carriers are more and more committed to reaching sustainability and circular economy objectives. Amtrak, the federal railway operator in the United States – where for decades the dominance of cars and planes put the brakes on the development of high-speed rail – carried 32.5 million passengers in 2019, the highest total ever recorded. Growth was not only seen between large urban centres in the Northwest but on long-distance routes as well. In December 2019, Caroline Decker – Vice-President of the Northeast Corridor Service Line – explained in an interview with Business Traveller that “now there is strong demand for different modes of transport and it’s creating a better economic case for investment”. In fact, Amtrak has plans to spend 151 billion dollars by 2040 to implement a high-speed network and improve existing infrastructure. This would halve travel times for 400-mile journeys, making them comparable to air travel.
On this side of the Atlantic, as well as pursuing the goal of carbon neutrality by 2050, established by the EU on the basis of the Paris Accord, major rail carriers have incorporated numerous actions aimed at reducing environmental impact into their development plans. In France, SNCF aims to introduce hydrogen trains on some regional lines by 2021 and to remove all diesel trains from circulation by 2035. German carrier Deutsche Bahn is testing air conditioning systems that use natural refrigerants, as well as aiming to halve noise levels on their trains by the end of this year.

By 2030, Ferrovie dello Stato (Italy’s state railway carrier) aims to transfer 5% of journeys from private cars to shared sustainable mobility, compared with 2015 levels. In 2019, the group that manages Trenitalia and the national rail network decreased its CO2 emissions by 2.6 million tonnes (-1.6%) compared to 2018, while over the past ten years high-speed trains have reduced atmospheric emissions by 20 million tonnes.
The group also explains that precisely those state-of-the-art high-speed trains are the first in the world of their kind to have an Environmental Declaration as produced: Frecciarossa 1000 trains are designed to reduce energy use by up to 30% compared to previous models, and they use braking to recover up to 15% in electric energy that can be returned to the grid. Furthermore, they are built using over 20% recycled raw materials and made to be almost entirely recyclable at end-of-life.
In terms of regional transport, up to 80% of the fleet will be renewed within the next five years: in January, Trenitalia commissioned 43 hybrid trains from Hitachi. These will have diesel propulsion, pantographs to be connected to electrified lines, and batteries to travel the final mile on non-electrified lines, cutting fuel emissions by 20%. The first trains will be deployed in 2021 across Sicily, Sardinia, Tuscany, Valle d’Aosta, and Lazio.