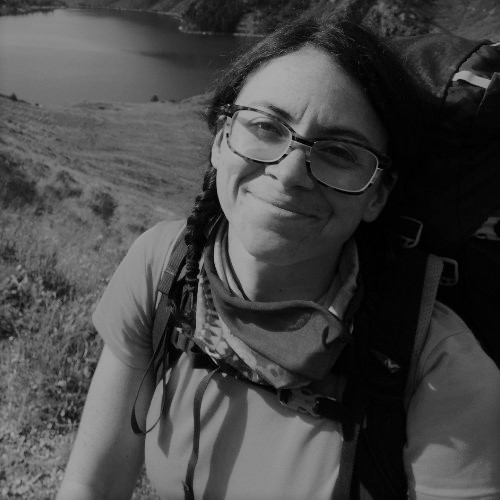 Flexible, scalable and young. CO2 capture techniques promise great results in pollution reduction, from soil carbon storage to synthetic fuel production. But first the issue of costs needs solving while taking into consideration the complexity of the biogeochemical carbon cycle.

Today, carbon capture from the atmosphere is one of the most innovative methods that hopefully will be able to tackle the issue of climate change. Such technology is often quoted as a strategic ally to curb the increase of global temperature within 2 °C set by the 2015 Paris agreement. In Italy, it is little talked about and yet world-known leaders such as Bill Gates and Chevron, to name but a few, are major funders.

Today, there is only a handful of companies specialised in the use of such system. Once the research and experimentation phases are completed, they aim at fine-tuning their CO2 capture system. Canadian Carbon Engineering uses the fight against climate change as its mantra and Direct Airt Capture (DAC) as its North Star. The company devised an innovative system by resorting to existing technologies to slash production costs and any red tape and tax hurdles. The pilot plant is located in the district municipality of Squamish – Canada – and stems from a ten-year research project. The capture process is divided in several steps. The air is attracted to a very large facility, similar to an industrial cooling tower, by a huge fan. Here it flows over thin plastic layers covered in a potassium hydroxide solution. Such non-toxic solution chemically binds to CO2 molecules, removing them from the air and trapping them in a liquid solution, similar to a carbonate salt.
The CO2 contained in such solution undergoes a series of chemical processes to increase concentration to purify and compress it. Eventually it is released as a gas. During such step, salt is extracted from the rest of the solution in a structure named “pellet reactor”. The obtained pellets, similar to granules, if heated at high temperatures in a calciner, produce carbon dioxide as a gas. If hydrated in a slaker and recycled within the system, they regain their original chemical formula.
Once compressed, CO2 can be stored underground. According to the Intergovernamental Panel on Climate Change (IPCC), the CO2 geological confinement process is regarded as strategic for the improvement of the quality of the air we breathe.

Alternatively, carbon dioxide can combine with hydrogen to obtain low-or-zero carbon intensity synthetic fuel, depending on whether H2 is produced through electrolysis or not. Such process, which may be labelled as air to fuel, help create a CO2 virtuous circle. Carbon dioxide released during the combustion of traditional fuels is extracted from the surrounding air to be reborn as cleaner fuel.
Through a chemical loop, a process where the same elements are used, the dreaded gas can become a resource. The resulting synthetic fuel can then be utilised for sea, air and road transport, without altering vehicles’ fuel system. The high percentage of octane contained in it makes it possible to blend it with other fossil-based components.
The cost is less than four dollars a gallon (one gallon, 3,78 litres, ed.), not at all competitive with traditional fuels but on a par with biofuels. Every tonne of captured CO2 costs $100. The plant, Carbon Engineering ensures, requires small amounts of raw materials and produces little waste. Energy consumption, though, is still high and this is why it is advisable to combine it with renewable sources or natural gas. A fuel flexibility that makes it adaptable even in the most remote places on the planet.
Each plant can extract up to a million tonnes of carbon dioxide per year. To make it safe and free from danger for human health and the planet, dozens of thousands of units able to produce thousands of carbon-neutral fuels would be required. At the moment, such conditions are not possible and they depend on economies of scale.

Swiss Climeworks is another interesting case. Its plant uses carbon dioxide modular collectors to help build plants in various sizes fuelled with renewable energy or produced from waste.
Such process comes in two steps. A huge fan sucks in the air and channels it into a collector. Then carbon dioxide goes through a filter where it binds with a filtering substance, amine. Once the filter is saturated, the collector is closed and heated at a temperature between 80 to 100 °C. Due to the heat, the bond is broken and the carbon dioxide in its liquid form is pumped into dedicated tanks. When the filter is clean, the cylinder opens up again and the cycle continues. Out of 100 tonnes of CO2 captured – Climeworks guarantees – at least 90 are definitely removed from the atmosphere.
The company built a plant in Foggia (Italy) where CO2 is combined with renewable hydrogen to produce synthetic methane. In Ireland, it collaborates with Carbfix, world’s leader in rapid underground CO2 mineralisation. Here, its plant runs on geothermal energy from the Hellisheiði Plant and captured CO2 is successively pumped deep underground to stimulate natural mineralisation by basalt rock.

Research as well is giving its precious contribution. Last December, the Massachusetts Institute of Technology (MIT) published in Energy & Environmental Science Magazine the results of its research on carbon dioxide capture funded by MIT Energy Initiative Seed Fund and Eni.
The system differs from others in use today. First, it can purify air abating carbon dioxide concentration with a seemingly simple method. It uses a pile of electrodes coated with a compound, namely polyanthraquinone, which is composed with carbon nanotubes. While the battery is charging, on the surface of each pile of electrodes an electrochemical reaction attracts CO2. CO2 molecules react with this stress even at low concentration. When the battery is discharging, a reverse reaction takes place.
MIT researchers, postdoc Sahag Voskian and Chemical Engineering Professor Ralph Landau highlight the advantages of their research: the entire system works at ambient temperature and pressure; there is no need for thermal input or high amounts of energy; there are no heat losses or intermediate chemical processing stages. Finally, they guarantee that for each tonne of extracted CO2 a maximum of only 1 gigajoule of energy is used compared to a tenfold use with other systems.
This solution could be combined with soft drink bottling plants, the scientists suggest, where fossil sources are used to produce carbon dioxide to make drinks fizzy. It could also replace more polluting sources used by farmers to fertilize crops in greenhouses or be used concurrently to purify rivers used by power plants. In this case as well, the carbon dioxide flow can be compressed and pumped underground or transformed into fuel thanks to a series of chemical and electrochemical processes.
In laboratory, the team demonstrated that the system lasts for up 7,000 charge-discharge cycles with a progressive efficiency loss amounting to 30%. The goal is to raise the bar to 50,000 cycles.

A piece of research published in July 2019 in Nature Communications analyses two DAC system performance scenarios on large scale.
According to the study, Climeworks technology is undoubtedly the one offering the best potential savings. This is thanks to two factors: modularity and lower temperatures enabling waste heat recovery.
In either case, the research confirms that this technology plays a crucial role in long-term climate mitigation strategy. As mentioned before, in the decarbonisation of the most polluting sectors: transport and industrial production.
One of the main doubts concerns the high energy use of these plants. Estimates offered by the document indicate about 300 exajoules per year. A need that today amounts to more than half of the global energy demand.
For the 2° C scenario we will need to be able to capture 30 gigatonnes of CO2 per year. This will entail the construction of 30,000 plants, a large-scale growth that will have to be supported by very high thermal energy and electricity availability, hopefully from renewable sources. With an expected annual expansion of 30%. High, despite not been supported by government incentives, currently not available for negative emission technologies. But, the study states, the best way to reduce the production of fossil sources is to stop incentivising them.
Examining the carbon cycle, the report highlights a particularly important element: CO2 “bouncing back” from oceans. The quantity of CO2 in our oceans and atmosphere is ever increasing, a dynamic balance that DAC could influence. Moreover, we must bear in mind ocean temperature rise forecasts, stimulating CO2 release and increasing water mixing which can lead to further release of carbon dioxide. If every year, oceans absorb a significant percentage of anthropic carbon dioxide emissions and if DAC manages to offer an important contribution at global level, this balance will be altered. Consequently, the study concludes, up to a fifth of CO2 removed using any negative emission technology could be reintroduced into the atmosphere by oceans, thus reducing efficacy.
A complicated and dynamic scenario that must be taken into account when planning actions to contrast climate change. Which, it is becoming clearer by the day, must be tackled knowing that transversal competencies and overview are crucial.

Download and read the Renewable Matter issue #34 about bio and alternative fuels.