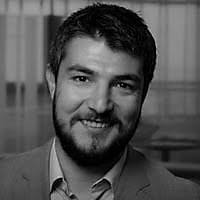 The Clean Hydrogen industry can avoid 82 million-ton CO2 emissions per year in the EU and create 140,000-170,000 jobs: a vital contribution to the European Green Deal.

Carbon Neutrality is not achievable without Clean Hydrogen, one of many sustainable energy solutions that have to be scaled up in the next decade and an essential piece of the energy puzzle. Policy makers and industry leaders finally realised the need to turn this “promising technology of the future” into an everyday reality.
Hydrogen Europe stands as an indicator of this seismic shift in perception and understanding of Clean Hydrogen. From humble beginnings in 2016, the association now represents more than 200 organisations covering the entire value chain, from primary energy, hydrogen technology providers (e.g. electrolysis and fuel cells), to players involved in hydrogen distribution and logistics, original equipment manufacturers (OEMs) and, importantly, industrial end-users from all sectors.

Hydrogen Europe aims at decarbonising Europe’s economy by fostering the transition to Clean Hydrogen technologies. The commitment of such a broad range of organisations is a tangible proof that it is now no longer a question of “if”, but “when” our (renewable based) power sector will be serviced, our heavy-duty transport sectors fueled, our homes heated and our industries (em)powered by Clean Hydrogen, which is the perfect partner for the EU Green Deal for several reasons: firstly, carbon neutrality is not possible without Hydrogen, which is the most effective solution for hard to abate sectors. In terms of sustainable transport, it is the most promising solution for heavy duty vehicles and buses, for maritime and aviation. In the rail sector, it proved it can be an effective solution for non-electrified lines. It will also have a crucial role to play in passenger cars, for fleets and for consumers requiring long range, fast charging vehicles.
Furthermore, Hydrogen contributes to ensuring that Europeans have access to clean, reliable and affordable energy, allowing higher integration of variable renewable sources in a manageable way, and helping stabilising variability, increasing the overall system efficiency and avoiding losses (curtailment, or transport and storage losses).
The power grid should not be a bottleneck for the speed at which we decarbonise our economies. – This is why we need both “Hydrogenewables” (hydrogen produced with direct connection to renewable energy) as well as low-carbon hydrogen.
Finally, the “Leave no one behind” dimension of the transition: Hydrogen allows us to keep flying and driving, it means decupling CO2 emissions from economic growth. More so, it is a “climate solution” that creates jobs and opportunities in Europe.

The Time for Hydrogen is Now

The Clean Hydrogen industry is ready to play its role for the European Green deal. The sector can deliver 2x40 GW of capacity in the next decade, with huge positive impacts on climate and jobs: 82 million-ton CO2 emissions per year avoided in the EU (equivalent to removing 60 million petrol cars of the EU roads) and 140,000-170,000 jobs in terms of direct employment. However, concrete policy measures and actions are needed going forward: investment in infrastructure, such as production, transport, and distribution, in ports as international transport hubs and in hydrogen refueling stations; stimulating supply and demand in all sectors where Hydrogen can play a difference.
It is our strong view that allocations under the Economic Recovery Plan should be used to support the green and digital transitions and not prop-up unsustainable business models.
Hydrogen has gained momentum and can now finally live up to its potential as an enabler to decarbonise our economies. It is now the time for all actors, from industry, financial institutions, local and national administrations and policy makers to deliver concrete projects in production, distribution and end-use of Clean Hydrogen.
The time for Hydrogen is now!

Download and read the Renewable Matter issue #34 about bio and alternative fuels.