Climate action needs the circular economy. Jocelyn “Joss” Blériot, director of the Ellen MacArthur Foundation, the most active think tank dealing with reducing the use of raw materials, maximizing the life of products and using any waste or refuse, is certain of this. Responsible for relations with China and the European Commission, Blériot also manages relations with governments and supranational bodies such as the United Nations, the G7 Resource Alliance, the OECD and the World Economic Forum. We interviewed him in the corridors of COP26 in Glasgow. 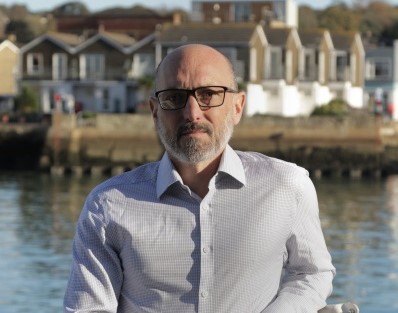 The Ellen MacArthur Foundation has long pushed for a greater presence of the circular economy within the UN climate forum.
Yes, here in Glasgow we've been working with “climate champions” Nigel Topping, volcanic director of Carbon Disclosure Project and the We Mean Business alliance, and Gonzalo Munoz, successful Chilean entrepreneur, to bring the circular economy theme into the climate change mitigation and adaptation negotiations. 45% of greenhouse gas emissions come from food and consumer products. If we don't address the material side of the economy, but only the energy side, we only see part of the challenge.

However, there’s no reference so far…
Meanwhile, we contributed to get the circular economy mentioned in the final communiqué of the G20 in Rome at the end of October. The Italian presidency played a positive role in this. Thanks also to Director Laura d'Aprile, we were able to get across the idea that the circular economy is a central element of decarbonization, one, however, that is still not very considered.
Then with the International Resource Panel, which is part of the UN Environment Agency, which we could call the IPCC of materials, we are working on a list of the impact of materials that will be taken as a reference by many UN agencies.

Are these actions going to be reflected in the UN climate framework?
These actions are important because they can influence the negotiation, which today is entirely focused on renewable energy and energy efficiency. Because so many elements are still open inside COP, it’s difficult to introduce a new element into the negotiating discourse on these issues. But it must be a goal to pursue.

Involving states and policy makers?
With the support of the private sector as well. Financial firms like BlackRock are in favor of a circular economy climate strategy and are trying to influence the discussion.

What other positive signs do you see emerging at COP26?
Circular economy mentions are increasing in the NDCs, the nationally determined contributions to emissions reductions established under the Paris Agreement. As of July, about a quarter of all commitments contained a reference. Of course, a distinction must be made between those who genuinely intend to implement circular economy processes on an industrial level and those who mention the term just because it’s trendy right now.

What sectors can have the greatest impact on decarbonization through a circular transition?
In our 2019 report “Completing the Picture: How the circular economy tackles climate change”, we found that it's plastics, cement, aluminum, steel, and food. If we apply smart circular strategies, we can have an overall emissions reduction equivalent globally to that of the transportation sector. We're talking about 9.3 billion tons of CO2.

Which would the most effective strategies be?
From material substitution, from virgin to recycled or more sustainable, to optimization, using lighter materials in the mobility sector or through business models such as product-as-a-service. So we can achieve important results both through manufacturing processes and new ways of using products.

China and the U.S. have signed an important agreement, but China is much more advanced than America on the circular economy. What is your opinion on this?
The 14th Five-Year Plan, released this summer, sees the circular economy as a central component, very much oriented toward upstream solutions. It focuses on eco-design and product conception. A vision that goes well beyond waste management, and is more of an innovation strategy. Lots of attention on plastic packaging, but also on textile production. Beijing has been pushing toward this direction since 2008. In the U.S. there is a lot of interest, with major initiatives such as the Remade Institute, funded by the Department of Energy, but there is still a long way to go.

Will we ever have a Circular Economy Working Group at COP?
That’s what I’m working towards!