Pros: Biodegradable and compostable material made from chitin obtained from waste shrimp shells

Characteristics: The patented process creates a foam that is similar to polystyrene and polyurethane foam, and which is demonstrating excellent performance as a green substitute in the packaging sector 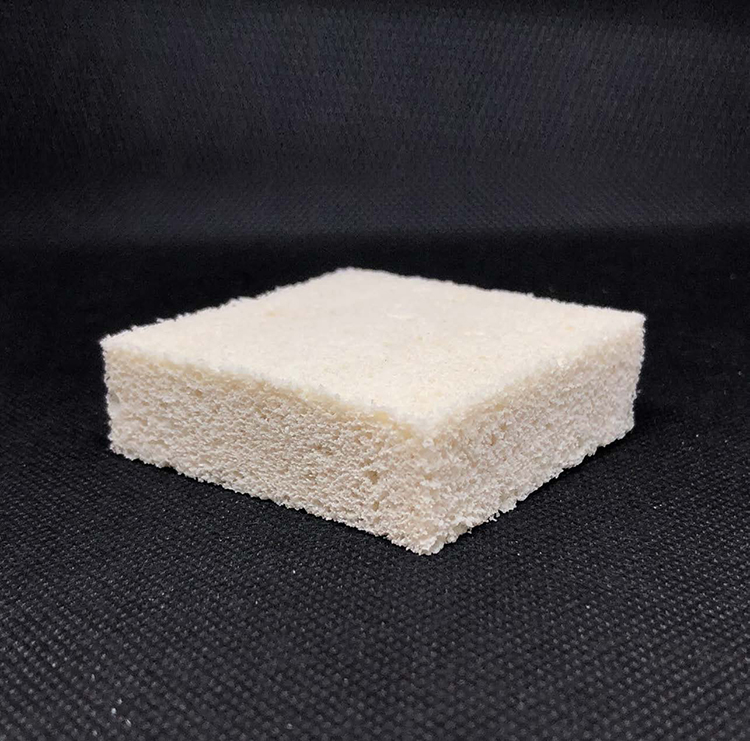 Chitin is the second most abundant polysaccharide on our planet, after cellulose. It is found in the shells of shrimp, crabs and lobsters. It is no coincidence that Cruz Foam has placed this biopolymer at the centre of its upcycling process, extracting it from shrimp shell waste and creating a material that has great potential in the packaging sector. The Californian start-up, thanks to a patented water-based process, has been able to create a foam that is similar to polystyrene in its mechanical properties, and to polyurethane foam in its structure.

Having its origins at the University of California in Santa Cruz, the start-up is now verifying the scalability of the productive process, and the use of the foam in the production of packaging.

It all started with two student researchers, John Felts and Xiaolin Zhang, who, under the guidance of electrical engineering lecturer Marco Rolandi, had the intuition to take advantage of a type of waste that is abundant yet underused in California. The US state is home to many companies that produce unshelled and frozen shellfish; on a global level, the food industry generates 8 million tonnes of waste shells.

The upcycling of shrimp shells is a project that began almost a decade ago. After years of research and testing the use of surfboard foam, the company is now exclusively oriented towards the production of B2B packaging and is collaborating with companies in the sector to accelerate the product’s launch on the market.