The success of the energy transition - or, more generally, the progression to a more environmentally sustainable economic development model - is necessarily dependent on the availability of professionals who can bring about this change. In some cases, these professionals may even be non-existent, or in need of a profound transformation. This is the case of “Geoscientists”, who played an important role in the so-called linear economy and are destined to play it even in the circular economy, as long as they’re able to innovate.

The Covid-19 pandemic brought more light to the close links between the environment, health, and the economy. The adoption of a circular economy model is more urgent than ever before. This model - in contrast with the linear, ‘Take-Use-Waste’ model - should be based on three fundamental pillars: energy from renewable sources, a biological cycle where Waste is reused, and a technical cycle were raw materials are recycled. Historically, Geoscientists have played a crucial part in the exploration and production of natural resources. In the context of the linear economy model, this activity corresponds with the ‘Take’ phase. But the transition to a circular economy is already causing a decline in the role of some professionals, such as Exploration Geologists in the world of Oil & Gas. As the transition progresses, more and more of these roles will disappear or be transformed. 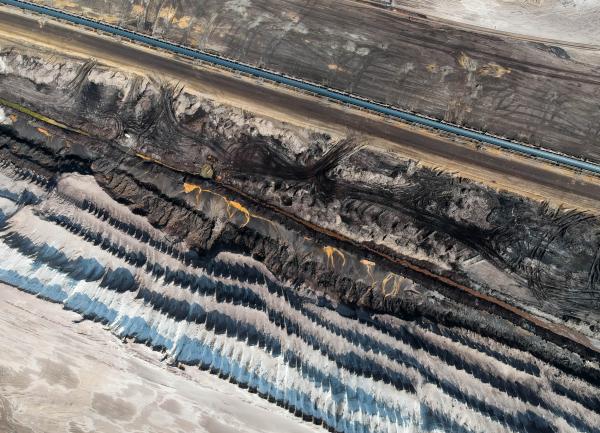 The new role of geoscientists

The term ‘geoscientist’, in its wider sense, includes not only geologists but anyone whose work is linked directly or indirectly with the exploitation of natural resources and with environmental management. Examples include mining engineers, environmental engineers, and facilities engineers.
To imagine what the new role of geoscientists could be, we can make use of Kate Raworth’s Doughnut Model. This model, by incorporating the principles of circular economy, introduces the concept of balance between Natural Capital - made up of environmental resources and components - and socio-economic Well-Being. The visual representation of the Doughnut Model has two “planetary boundaries”: an environmental ceiling demarcating the area where Natural Capital is preserved, and a social foundation within which Well-Being is increased. Natural Capital and Well-Being are seen as interconnected (one can’t exist without the other) but, in many cases, an increase in one element causes a loss to its counterpart.
The need to develop our society within the space between the two planetary boundaries is what will determine new roles and new professions for the Geoscientists of the future. In other words, in the context of circular economy, the role of the Geoscientist should be to conserve and increase Natural Capital while allowing for the development of Well-Being. Thus, the transition from a linear to a circular model should entail the transformation of Geoscientists from exploiters to managers of natural resources. Here, the term ‘natural resources’ includes groundwater, air, and land as well as mines, quarries, and sources of fossil fuels.

Before attempting to define what jobs will have to be created to allow Geoscientists to perform their new role, another one of our society’s momentous transformations will have to be considered: digitalisation.

The digital revolution is based on the ability to collect enormous amounts of data that are subsequently analysed - using artificial intelligence - to guide productive processes in ‘real-time’. Within the context of environmental science, this revolution is still in its infancy. In any case, it is easy to predict that soon such a transformation will take place thanks to investments made in other industrial sectors. To give a practical example from the field of seismic prevention, it is easy to hypothesise the creation of an intricate network of accelerometers connected to the existing telecommunications and/or electricity network. The large amount of data gathered could refine seismic risk modelling and help direct preventive investments more effectively. 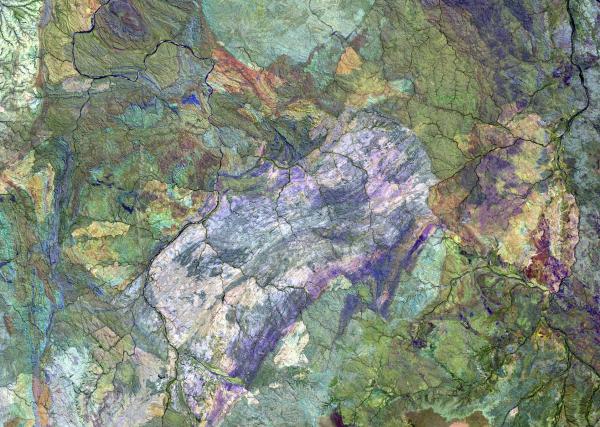 But what will the new professions be, and what expertise and skills will they need? Scott McLeod and Karl Fisch - in their viral video “Shift Happens” - estimate that 65% of children who are now starting primary school will, at the end of their studies, be employed in jobs that do not yet exist. Similarly, we are contemplating professional training for jobs that do not exist today. For this reason, descriptions in the following paragraphs are merely outlined so as to determine overall trends. Having defined the future role of Geoscientists as managers of Natural Capitals, we can imagine an initial division of future jobs into “general” and “specialised” categories.
The “general” category includes those professionals who will dedicate their efforts to managing the entire process for the conservation and management of Natural Capital while allowing for the development of Well-Being. Work in this kind of role will involve synthesising all the data made available by digitalisation, as well as incorporating all the specialised studies that will be generated into a wider context. Another key aspect will be the integration of the geological aspect within wider contexts that include contributions from various disciplines.
As far as the more “specialised” roles are concerned, development can be hypothesised in line with current professions linked with predicting, preventing, and mitigating natural disasters (earthquakes, floods, etc.) and/or man-made disasters (e.g. decontaminations). For example, increased Geoscientist involvement in future decommissioning projects is highly desirable, as the economic importance of site recovery is destined to grow. In this context, Geoscientists’ role will be increasingly important, especially for the decontamination and conservation of groundwater reservoirs.
Furthermore, increased digitalisation in certain fields of geology will create the need for managers of complex sensor/detector networks (observation wells, drones, satellites, etc.), as well as integrated database managers, geo-data analysts, and experts in the application of artificial intelligence to geological processes.

First and foremost, Geoscientists will have to preserve their scientific-mathematical-naturalist expertise, meaning the ability to understand geological processes and phenomena (earthquakes, subsidence, tectogenesis, etc.), create mathematical models for them, and predict their evolution based on these models. This expertise makes Geoscientists absolutely irreplaceable in any scenario involving more environmentally sustainable development.
The most important skills that “general” Geoscientists will have to develop is the ability to integrate their work within wider contexts that include industrial, social, architectural aspects. To develop this ability, it will be necessary to acquire specific knowledge from these sectors, as well as analytical and synthesis skills.
With regards to “specialised” roles, it is conceivable that the Geoscientists of the future will have to increasingly develop skills relating to digitalisation, data analysis, and artificial intelligence, which can then be applied to the field of geology.

Transformation is an opportunity

In some geological circles, the energy transition - and, more generally, the adoption of more environmentally-friendly models - is seen as a threat. Conversely, it could be a truly revolutionary development opportunity as long as the role of Geoscientists undergoes a profound, serious transformation.
The issue of promoting and bringing about this transformation remains crucial. It is clear that, to be successful, any solution has to be considered in terms of market logic. Therefore, responsibility for the change cannot just fall to academic and professional training institutions, but it has to be taken up by the world of industry. Of course, a dramatic and swift change in job descriptions for Geoscientist positions cannot reasonably be expected, but there is hope for a gradual transition. Intermediate structures, such as non-profit organisations, can have an essential role in promoting, educating, and raising awareness on the topic, acting as a bridge between academics and industry.