Between work automation and ecological transition, data on the future of green jobs 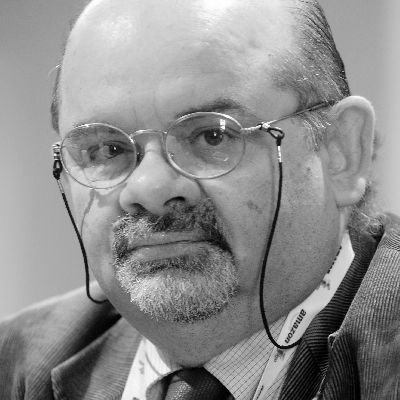 New economy, new jobs. This is the equation that has been in vogue ever since Henry Ford produced the first mass-produced car on an assembly line in Detroit in 1908, a car that sold over 15 million in less than twenty years. Employment in the engineering sector soared. In the years between 1914 and 1917 of Fiat's application of "Fordism" in Turin, the production of motor vehicles went from 4,644 to 19,187, while employment increased from about 4,000 to 15,000 workers. It’s a paradigm, one that has followed us throughout the entire twentieth century and that many also apply to the green economy, standing between circularity and renewables. This equation is too simple and in times of increasing complexity can’t hold up. The approach that we generally find on green jobs suffers from two aspects: the first is to consider them as a separate factor, isolated from the overall context; while the second is to read technological innovation solely and exclusively as a positive process.

Let's start with a look at the renewable energy sector which, within the galaxy of green jobs, is the easiest to analyze with an eye to the future. This sector is in sure growth and its dynamics will be easily imaginable since we have historical series of industrial dynamics of over thirty years. On top of it, it’s easy to set future goals: the climate ones. Assuming 100% of renewable energy will be in use by 2050, the international research by Mark Z. Jacobson of Stanford University, “100% Clean and Renewable Wind, Water, and Sunlight All-Sector Energy Roadmaps for 139 Countries of the World”, has calculated that 52 million stable jobs would be created worldwide with a net increase of 24.3 million as 27.2 million jobs would be lost in fossil fuel closures. Stanford's research is very conservative too, given that it only takes into account mature renewables such as wind, photovoltaic and hydro, both because others such as tidal, wave and hydrogen might not necessarily succeed by then and because of climate issues. “These technologies could be competitive by 2040, but we need to produce energy from clean sources today,” Mark Z. Jacobson states in the introduction.
“Renewables are on average more labor-intensive than fossil fuels,” says Alex Sorokin, a former nuclear power plant designer who switched to renewable energy in the early days. “At least in the construction phase, while during operation we find ourselves at the same level, but their widespread presence will increase the need for maintenance workers”. Will more work equal more expensive energy? No, because the cost of the fuel isn’t paid with renewable energies.

The things, however, are not that clear when it comes to other industrial processes. In manufacturing, the expulsion of labor has been occurring systematically for forty years with exponential increases in productivity. In fact, CO2 emissions into the atmosphere have risen from 19.37 billion in 1980 to 36.42 in 2019. Meanwhile, the population has risen from 4.46 billion in 1980 to 7.71 in 2019, while productivity per hour of work in the U.S. (with a similar trend worldwide) has increased from 36.61 dollars in 1980 to 65.52 dollars in 2017, in part due to technological innovation. At the same time, workers have increased from 2.1 billion in 1980 to 3.3 in 2019, compared to an increase in global GDP from 11.2 trillion in 1980 to 87.7 trillion in 2019. These indicators give the measure of the general unsustainability of the economic system, not to mention the range in the distribution of income that according to Thomas Piketty in the last twenty years has returned to the 1914 levels.
In addition to all this, the new processes of circular economy must be taken into account: precisely since they’re innovative, they might cut employment through robotics, which is experiencing a new golden age thanks to machine learning. An example of this is the new plant of the Austrian steel industry Voestalpine, near Vienna, which is now electric and largely powered by renewable energy, as opposed to its predecessor which was powered by petcoke. 14 employees run the seven-hundred-meter-long production line to produce half a million tons of specialty steels a year. The previous 1971 plant employed 1,000 people. “Let's forget the concept that steel provides jobs – explained Wolfgang Eder, CEO of Voestalpine, to Bloomberg – In the long run we will lose most of the classic workers, people who work in the heat and dirt of the coke ovens and blast furnaces. Everything will be automated.”

This is the key to understanding Mckinsey&Co's January 2017 report, which elaborates predictions up to 2040 about how automation will affect the global labor market. The loss of advanced jobs, what the International Labor Organization (ILO) calls decent works, will be, according to Mckinsey&Co, about 800 million. It’s clear that in this ocean of unemployment, the 24.3 million new employees in renewables by 2050 according to Stanford, the 3.9 million forecast by the European Union by 2030 in the circular economy of the Old Continent, the 18 million of the ILO and the 65 million estimated by the Global Climate Action Summit in low-carbon economies – the total of all possible overlaps is 110.3 million – represent, if robust and lasting processes of decarbonization and circular economy are triggered in earnest, only 12.5% of total job losses.

How a holistic waste management system could cut CO2 emissions