Aeropowder: Insulating Materials Made From Feathers

Pros: Thermally insulating material for packaging and construction, made from poultry-industry waste

Characteristics: Making use of keratin, a protein present in chicken feathers, Aeropowder creates a biodegradable substance with high insulation performance 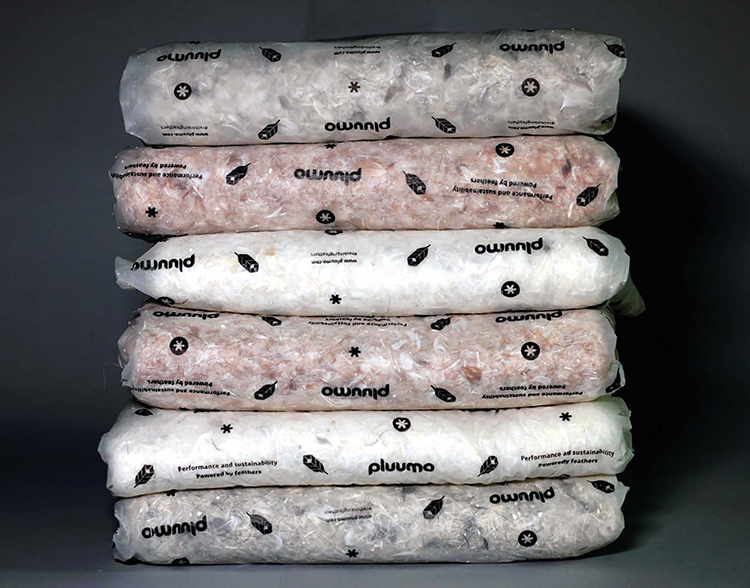 Aeropowder, winner of several prizes including the Green Alley Award, is a start-up based in London that transforms feathers, a waste material derived from the poultry industry, into a new biodegradable material that can be used as insulation in packaging.

The company’s founders, Elena Dieckmann and Ryan Robinson, with backgrounds in industrial design and engineering (Dieckmann) and biological sciences (Robinson), have spent years researching for the creation and continuing improvement of Aeropowder, a substance whose base component is keratin, a chemically resistant protein found in chickens’ plumage. The feathers, which are usually incinerated or made into low-quality animal feed, are actually high-performing thermal insulators thanks to their molecular structure, in addition to being one of the lightest natural fibres.

Founded in 2016, the start-up has put its first product on the market: Plummo, compostable packaging made up of waste plumage (95%) and bio-binders (5%), formed from an organic polymer. The feathers, transformed into an insulating fabric, are covered with a compostable lining ready to be used as food packaging. Plummo is intended to be a packaging solution for perishable foods, that might replace the polystyrene currently used to package deliveries and online purchases of foodstuffs.

“Even though the materials are produced in Denmark,” Elena Dieckmann explains, “requests come to us from all over Europe, not only from consumers but also from poultry producers who have a surplus of waste plumage. The production of meat from poultry generates an enormous amount of waste, which in the UK alone amounts to 2,000 tonnes of waste feathers a week.”

Another sector where Aeropowder sees significant opportunities for the use of its products is construction, because the feathers, thanks to their thermally insulating properties, could be used as substitutes for polyurethane, a chemical substance that is neither renewable nor biodegradable.