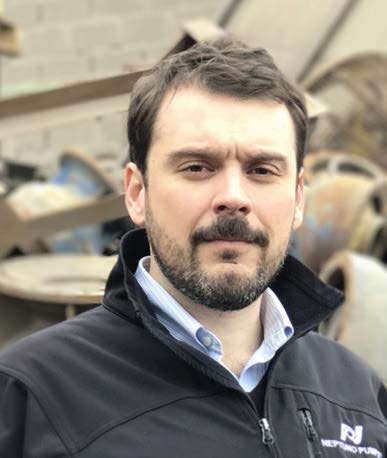 Over the last few years, the circular economy has gained momentum in Latin America. Historically, Chile has based its economy on an agro-mining export model focused on the extraction and exploitation of natural resources – wheat, nitrate and copper. This has led to Chile participating in the international market merely as a user of the technologies developed during the last three industrial revolutions. Currently, there is a consensus that this situation cannot continue and that this time around Chile must not pass up on a historic opportunity to participate in a new technological paradigm shift.
Furthermore, Chile currently faces new challenges that are forcing a rethink of their economic model. Chile leads the Latin American ranking for countries that generate the most waste per capita, with 456 kg produced per person per year; as well as taking third place in the regional ranking for generation of electronic waste (e-waste), with 10 kg per capita per year. The country has also fallen behind in terms of recycling, since only 10%, of the 17 million tonnes of solid waste generated annually is recycled.
Climate change is another sensitive issue for the country. According to the 2017 Global Climate Risk Index (CRI), Chile is among the ten most affected countries by this phenomenon.

Fortunately, Chile has managed to transform these threats into opportunities by pledging to reduce GHG emissions by 30%, as well as committing to the recovery and reforestation of 200,000 hectares of woodlands by 2030. This has put them at the forefront of development in renewable energies, possessing 55.8% of the total installed solar capacity in Latin America and the Caribbean.
It is also one of the first countries in Latin America to adopt an Extended Producer Responsibility (EPR) policy in order to manage and reduce the generation of waste. Their EPR policy focuses on six key products: lubricating oils, electric/electronic devices, batteries, packaging, and tyres. It is expected that in the coming years more products will be added to this list.
Chile has also taken a decisive stand on plastics. The #ChaoBolsasPlásticas (Bye Plastic Bags) initiative created intense public scrutiny and raised awareness concerning the impact of single use plastic bags, eventually leading to the Chilean government approving legislation that makes it the first country in the region to totally ban retail businesses from using plastic bags. The measure was approved unanimously by Congress in the summer of 2018 and gives large retailers 6 months and small and medium sized businesses 2 years to comply.
The boldest step towards a circular economy was taken this year when the Chilean Economic Development Agency (CORFO), with the support of the Ministry of Environment of Chile, created the first public circular economy instrument in Latin America to promote entrepreneurs and companies with circular business models, providing up to $100,000 in financing for projects.
Furthermore, the Chilean government is in the process of drafting a new Climate Change Law to help combat the effects of climate change on the country. The bill is expected to enter Congress in 2019 and will help boost the transition towards a circular economy.

Hand in hand with the majority of Latin America, Chile missed the three previous industrial revolutions, becoming a country with large deficits in terms of industrial development, innovation and technology. The current linear economy, based on take-make-dispose, has made it even more difficult for the country to become an important player in the global economy, being mainly relegated to the extraction of its precious and finite natural resources, such as copper and lithium.
However, several specialists and organisations share the idea that the circular economy will become the economic model of the fourth industrial revolution. Therefore, by adopting a National Strategy for the Circular Economy, Chile is creating a tremendous opportunity to join the new industrial revolution proactively.
The Chilean Government agency CORFO, has taken on an important role by creating policies that promote the development of an industry 4.0 in Chile. The combination of circular economy and industry 4.0 will create a new breed of entrepreneurs and innovators that will incorporate technologies such as the internet of things, big data, advanced manufacturing, 3D printing, artificial intelligence and blockchain technology. In turn, this will allow for the birth of new companies, and local world-class enterprises with disruptive business models, that will not only fight climate change and create thousands of new high quality jobs, but will also finally enable the decoupling of Chile’s economic growth from the exploitation of its natural resources, after more than 200 years of extractivism.

Towards a Circular Chile

As we see, the circular economy is growing fast in Chile, becoming a mainstream economic model for companies, government and society. In the words of Chile’s President, Sebastián Piñera: “We thought that natural resources were infinite. That time is now over. Now we have to learn to reuse and recirculate natural resources. For this reason, a country like Chile that knows how to use natural resources with great intelligence and with great caution, is promoting a stop to disposing and rejecting things, but rather to start reusing them. This is the essence of the circular economy that we want to promote in Chile.”

The Invisible Thread. Textile and Outdoor Industry towards Circularity